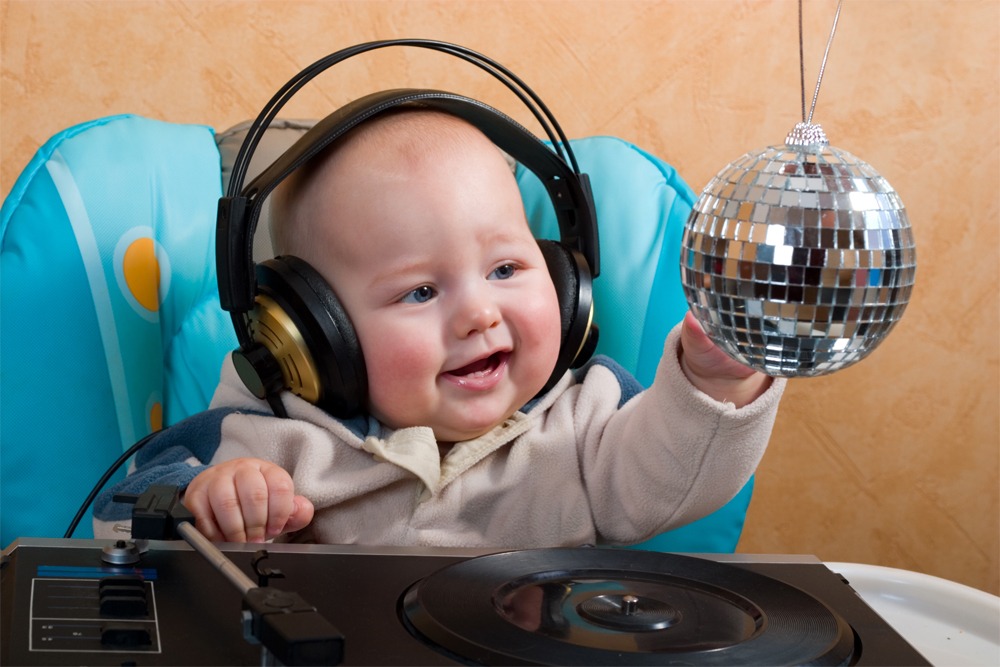 It turns out that music is far more than just a tool to enhance the lives of school-age children and adults. In fact, it is a fantastic aid when it comes to the developing brains of our smallest family members.

A study by scientists at the University of Washington’s Institute for Learning & Brain Sciences (I-LABS) shows that a series of play session incorporating music improved the ability of 9-month-old babies to process the sounds of both music and speech.

Christina Zhao, a postdoctoral researcher at I-LABS, says ‘Our study is the first in young babies to suggest that experiencing a rhythmic pattern in music can also improve the ability to detect and make predictions about rhythmic patterns in speech.’

Zhao went on to say that ‘This means that early, engaging musical experiences can have a more global effect on cognitive skills.’

The Proceedings of the National Academy of Sciences published the study this week.

Co-author Patricia Kuhl, who is also the co-director of I-LABS stated that ‘Infants experience a complex world in which sounds, lights and sensations vary constantly.’ She went on to say that ‘The baby’s job is to recognise the patterns of activity and predict what’s going to happen next. Pattern perception is an important cognitive skill, and improving that ability early may have long-lasting effects on learning.’

This enhancement in the learning of babies is because, like music, language has strong rhythmic patterns. The timing and placement of syllables help listeners define one sound in a speech from another, giving an overall understanding of what someone is saying.

The researchers at I-LABS designed a randomised control experiment to see if teaching a music rhythm will help the babies with speech rhythms.

Over the course of a month, thirty-nine babies attended twelve 15-minute play sessions in the lab with their parents. In these groups of two or three, they sat with their parents, being guided through various musical activities.

Twenty of the babies were assigned to a musical group. In this group, the experimenter guided the babies and their parents through waltz-pattern music, instructing each of them how to tap their way along with the music.

The remaining nineteen babies were assigned to a non-musical control group. They played with toy cars, blocks, and other objects that required coordinated movements that did not involve music.

Zhao spoke of the experience, saying ‘In both the music and control groups, we gave babies experiments that were social, required their active involvement, and included body movements; these are all characteristics that we know help people learn.’ Zhao went on to say ‘The key difference between the playgroups was whether the babies were moving to learn a musical rhythm.’

Within a week after the play sessions had ended, the families returned to the lab for their brain responses to be measured. The researchers then used magnetoencephalography (MEG) to see the precise location and timing of the babies’ brain activity.

While they sat in the brain scanner, the babies listened to various incorporating music and speech. Each of the sounds was played out, with the rhythm occasionally being disrupted. This measurement intended to register the particular response each babies brain had to the change, indicating whether or not they could detect the disruption.

The focus of the researchers’ analysis was two specific brain regions, the auditory cortex and the prefrontal cortex. These areas play an important roll in cognitive skills, such as controlling attention and detecting patterns.

Babies in the musical group had significantly stronger brain responses to the disruption in both musical and speech rhythms. Compared the babies from the non-musical control group, their auditory and prefrontal cortexes had substantially more notable responses.

This strongly suggests that the participation in musical play sessions had improved the ability of the infants to detect patterns in sound.

Research like this is pivotal in understanding the importance of music in our lives today. Not only does it enrich the experience of adults and older children, but it also plays a role in enhancing an infants understanding of this complex world.

So, though an infant may be much too young for a formal music education, they’re never too young for music to become an important part of their life.

Music Improves the Cognitive Functions of the Elderly